The Cult of the Mother of God in Byzantium 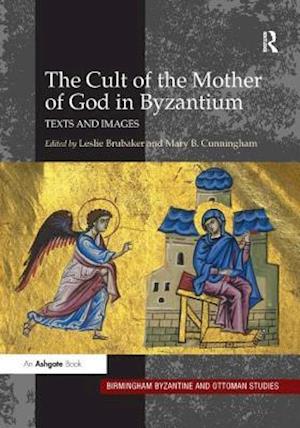 This volume, on the cult of the Theotokos (Virgin Mary) in Byzantium, focuses on textual and historical aspects of the subject, thus complementing previous work which has centred more on the cult of images of the Mother of God. The papers presented here, by an international team of scholars, consider the development and transformation of the cult from approximately the fourth through the twelfth centuries. The volume opens with discussion of the origins of the cult, and its Near Eastern manifestations, including the archaeological site of the Kathisma church in Palestine, which represents the earliest Marian shrine in the Holy Land, and Syriac poetic treatment of the Virgin. The principal focus, however, is on the 8th and 9th centuries in Byzantium, as a critical period when Christian attitudes toward the Virgin and her veneration were transformed. The book re-examines the relationship between icons, relics and the Virgin, asking whether increasing devotion to these holy objects or figures was related in any way. Some contributions consider the location of relics and later, icons, in Constantinople and other centres of Marian devotion; others explore gender issues, such as the significance of the Virgin's feminine qualities, and whether women and men identified with her equally as a holy figure. The aim of this volume is to build on recent work on the cult of the Virgin Mary in Byzantium and to explore areas that have not yet been studied. The rationale is critical and historical, using literary, artistic, and archaeological sources to evaluate her role in the development of the Byzantine understanding of the ways in which God interacts with creation by means of icons, relics, and the Theotokos.

Forfattere
Bibliotekernes beskrivelse Discussing the cult of the Theotokos (Virgin Mary) in Byzantium, this title focuses on textual and historical aspects of the subject. It re-examines the relationship between icons, relics and the Virgin, asking whether increasing devotion to these holy objects or figures was related in any way.