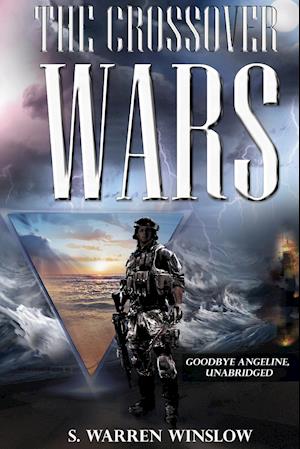 The first story of the "The Crossover Wars" covers a time span of about twenty years in the life of Hurricane Katrina orphan Nigel Boyd Renoir as he grows to manhood. When we first meet Nigel, he's a patient in Sand Ridge Asylum for the Criminally insane, telling a rather maudlin tale of unrequited love for a woman named Angeline Arlander to a detective who's investigating the mysterious disappearance of Nigel's less beloved live-in girlfriend, Dana Lacy.

As the story progresses, Nigel discovers that he is a person with several incarnations in divergent realities and a recurring individual throughout a multiverse he never knew existed. Every version of him is the same, but different in personality, situation and point of view. All of them are matched with, married or engaged to their versions of Angeline, leaving our Nigel as the only one living without her. The actions he takes to assuage a longing for his own version of this eternal love sets alight the inferno that becomes the Crossover Wars.

Later in the tale, we are introduced to a Marine Corps General and his wife. They have been stand-ins for Nigel's own mother and father ever since he wandered into their lives at the age of five, but these adopted parents' true identities are revealed in the course of the narrative as an unexpected, heart-stopping twist.

The Crossover Wars is a work of science fiction, military action and a love story - a commentary on race and racism along with a tale of families in crisis, all combined in one book. There are malicious mad geniuses concocting pandemic viruses, forcibly mutated humanity who become malignant aliens and gun blazing battles in the Utah desert overseen by a red-caped military officer. The action storms through at least three different versions of the United States of America, where the book was written. With all of that, other elements of the story are still close enough to reality for the reader to feel that this could happen here...