The Cross on the Old Church Tower 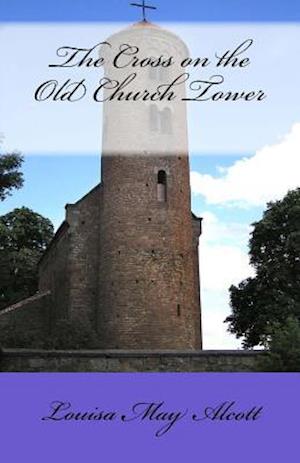 The Cross on the Old Church Tower is a short story by Louisa May Alcott. Louisa May Alcott (November 29, 1832 - March 6, 1888) was an American novelist best known as author of the novel Little Women and its sequels Good Wives, Little Men and Jo's Boys. Raised by her transcendentalist parents, Abigail May and Amos Bronson Alcott in New England, she grew up among many of the well-known intellectuals of the day such as Ralph Waldo Emerson, Nathaniel Hawthorne, and Henry David Thoreau. Nevertheless, her family suffered severe financial difficulties and Alcott worked to help support the family from an early age. She began to receive critical success for her writing in the 1860s. Early in her career, she sometimes used the pen name A. M. Barnard. With her pen name Louisa wrote novels for young adults in juvenile hall. Published in 1868, Little Women is set in the Alcott family home, Orchard House, in Concord, Massachusetts and is loosely based on Alcott's childhood experiences with her three sisters. The novel was very well received and is still a popular children's novel today. Alcott was an abolitionist and a feminist. She died in Boston. Alcott was born on November 29, 1832, in Germantown, which is now part of Philadelphia, Pennsylvania, on her father's 33rd birthday. She was the daughter of transcendentalist and educator Amos Bronson Alcott and social worker Abby May and the second of four daughters: Anna Bronson Alcott was the eldest; Elizabeth Sewall Alcott and Abigail May Alcott were the two youngest. The family moved to Boston in 1838, where Alcott's father established an experimental school and joined the Transcendental Club with Ralph Waldo Emerson and Henry David Thoreau. Bronson Alcott's opinions on education and tough views on child-rearing shaped young Alcott's mind with a desire to achieve perfection, a goal of the transcendentalists. His attitudes towards Alcott's sometimes wild and independent behavior, and his inability to provide for his family, sometimes created conflict between Bronson Alcott and his wife and daughters.