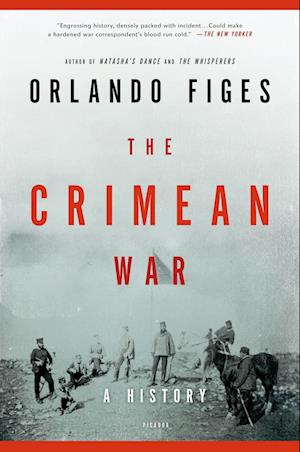 From "the great storyteller of modern Russian historians" ("Financial Times") comes the definitive account of the forgotten war that shaped the modern age.The Charge of the Light Brigade, Florence Nightingale--these are the enduring icons of the Crimean War. Less well-known is that this savage war (1853-1856) killed almost a million soldiers and countless civilians; that it enmeshed four great empires--the British, French, Turkish, and Russian--in a battle over religion as well as territory; that it fixed the fault lines between Russia and the West; that it set in motion the conflicts that would dominate the century to come.In this masterly history, Orlando Figes reconstructs the first full conflagration of modernity, a global industrialized struggle fought with unusual ferocity and incompetence. Drawing on untapped Russian and Ottoman as well as European sources, Figes vividly depicts the world at war, from the palaces of St. Petersburg to the holy sites of Jerusalem; from the young Tolstoy reporting in Sevastopol to Tsar Nicolas, haunted by dreams of religious salvation; from the ordinary soldiers and nurses on the battlefields to the women and children in towns under siege..Original, magisterial, alive with voices of the time, "The Crimean War" is a historical tour de force whose depiction of ethnic cleansing and the West's relations with the Muslim world resonates with contemporary overtones. At once a rigorous, original study and a sweeping, panoramic narrative, "The Crimean War" is the definitive account of the war that mapped the terrain for today's world.