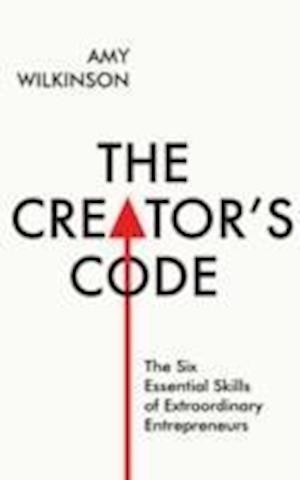 Kevin Plank was relatively small for an American footballer, and when he weighed the cotton T-shirt he wore under his team uniform, he found it weighed three pounds because it was so drenched in sweat. Knowing he couldn't hinder himself in this way, he set about finding a material that wasn't so absorbent. Going to a local fabric shop, he soon learned that synthetic materials would not take in as much sweat, so he had a shirt made and found it added just four ounces over the course of a game. When he gave some team-mates samples to try, they also soon saw the advantages. He began to produce the shirts commercially, and now Under Armour is a $2 billion global brand used by people from every sport. Packed with fascinating and inspirational tales of success, Amy Wilkinson's brilliant book explains the six essential skills required by entrepreneurs to achieve their dreams. Based on in-depth interviews with the founders of numerous global brands, from eBay to Spanx, from LinkedIn to PayPal, she shows just what they did and what set them apart. For the key to being a successful entrepreneur isn't necessarily about being 'first', it is about being the 'only' one, and devising a new formula where none previously existed. Above all, these stories show how - if you follow the right steps - anyone can become a successful entrepreneur.