- The Rise of a Sports Car 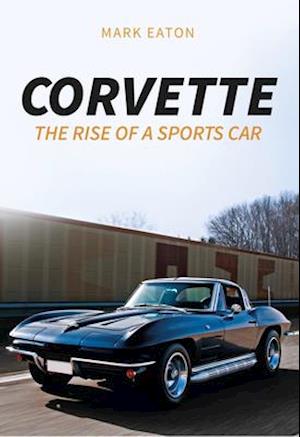 The Chevrolet Corvette was first revealed to an amazed American public in 1953. Not only did it look futuristic, it had a fibreglass body, something that was far ahead of its time, and it claimed to be America's only true sports car. Born into a time when the car industry was just discovering 'styling' and carrying the Chevrolet banner into battle against the foreign-only competition, the Corvette made a big statement. Developed over more than sixty years in seven different generations to date, the Corvette has found a vast and appreciative audience of owners and enthusiasts who relish this most charismatic of marques.Mark Eaton looks at the factors and people that brought the Corvette into being, traces its journey from somewhat troubled beginnings through ground-shaking, 7 litre powerhouses to sophisticated modern day supercars and looks at some of the social, global and business related issues that the car and its makers had to contend with. Comparing it to contemporary competitors, he asks what constitutes a sports car, why did the Americans feel the need to create one and did they succeed with the Corvette?In a personal view of the history and highlights of one of the best known cars in the industry, the author describes each of the seven generations of the Corvette and highlights the engineering prowess, the styling features and the sheer passion the cars can engender. He also examines the phenomenon of the 'Muscle Car', how the Corvette impacted on that and how it became a multiple class winner of the world's most gruelling endurance race, the 24 Hours of Le Mans.From chrome-embellished Fifties icon to 200 mph state-of-the art supercharged supercar, the Corvette has carved out its own significant niche in automotive history and continues to do so. No one who truly loves cars can ignore the Chevrolet Corvette in any of its striking guises.