The Correspondence of Lord Acton and Richard Simpson: Volume 1 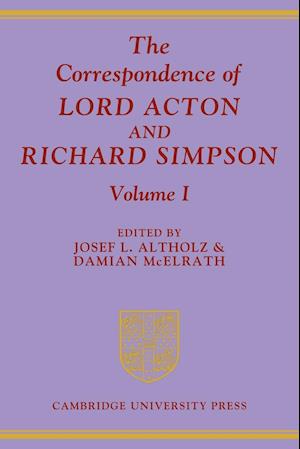 Lord Acton (1834-1902) and Richard Simpson (1820-76) were the principal figures in the Liberal Catholic movement of nineteenth-century England, an ultimately unsuccessful effort to reconcile the Roman Catholic Church with the leading secular thought of the day. They collaborated in editing the Rambler (1858-62) and the Home and Foreign Review (1862-4), two of the most distinguished Catholic periodicals of the period. The correspondence is the record of this collaboration and sheds light on the religious, political and intellectual history of mid-nineteenth-century England. Though heaviest for the years of their joint work on the Rambler and the Home and Foreign Review, the correspondence continued up to 1875, a year before Simpson's death.