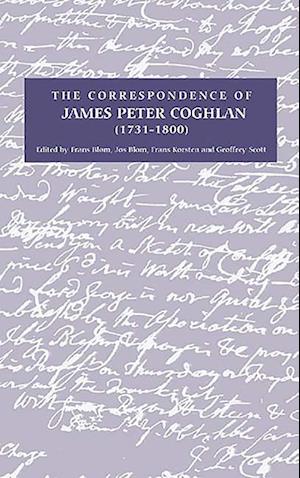 Edited by FRANS KORSTEN, JOSS BLOM, FRANS BLOM AND GEOFFREY SCOTT James Peter Coghlan [1731-1800] was the chief English Catholic printer, publisher and bookseller of the second half of the eighteenth century. It was mainly through him that the English Catholics were provided with an extensive polemical, catechetical, pastoral and devotional literature of their own. Coghlan was also a pivotal figure in the infrastructure and logistics of the Catholic community, acting as a middleman between the various layers and segments of that community. In the turbulent days of the Catholic Committee after 1785, he found himself uneasily in the midst of the fray. He corresponded with dozens of British Catholics, at home and abroad, and his letters, pious, shrewd, dedicated, garrulous and eminently practical, yield a fascinating insight into the day-to-day working of Catholic book production as well as the behind-the-scenes life of the English Catholic community. FRANS KORSTEN, JOSS BLOM and FRANS BLOM teach English Literature at Radboud University, Nijmegen, The Netherlands. GEOFFREY SCOTT is Abbot of Douai.