The Correspondence of H.G. Wells 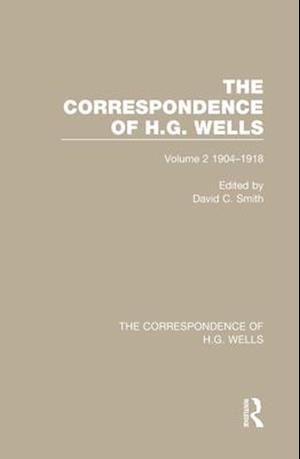 This collection of H.G. Wells's correspondence draws on over 50 archives and libraries worldwide, including the papers of Wells's daughter by Amber Reeves. The book contains over 2,000 letters, and while a few are business - to publishers, agents and secretaries - the majority are much more personal. Wells's private correspondence extends from letters to President Franklin Roosevelt and Prime Ministers Winston Churchill and A.J. Balfour, to persons such as 'Mark Benney', who wrote novels based on his life in the slums and his time in prison. There is correspondence too with his many female friends and lovers, among them Rebecca West, Eileen Power, Gertrude Stein, Marie Stopes, Lilah MacCarthy and Dorothy Richardson. For example, a letter from Moura Budberg, with whom Wells had a long-standing affair, which announces that she is pregnant by him and about to have an abortion, reveals how an advocate of birth control is himself caught out. Wells also enjoyed correspondence with the press, particularly during the two World Wars, and with various BBC officials and people who worked on his films.Some of his letters on the controversies of free love, socialism, birth control, the Fabian Society, and the nature of the curriculum of the new London University in the 1890s are included. Interspersed chronologically with Wells's letters is a small selection of about 40 letters to Wells, where letters from him are not extant. Among these are letters from Ray Lankester, Joseph Conrad, C.G. Jung, Trotsky, Hedy Gatternigg (the woman who attempted suicide in Wells's flat), and J.C. Smuts. The letters are arranged in these periods: Volume 1 1878-1900; Volume 2 1901-1912; Volume 3 1913-1930; and Volume 4 1930-1946. H.G. Wells's works include The Time Machine (1895), The Invisible Man (1897), The War of the Worlds (1898), The History of Mr Polly (1910), and A Short History of the World (1922).