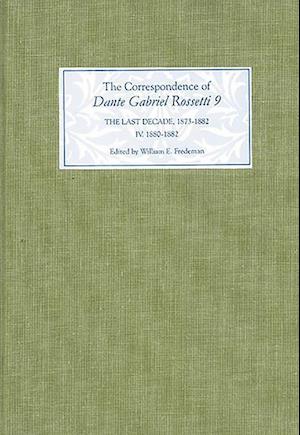 On November 11, 1878, Rossetti wrote to Watts-Dunton: `Friday night exactly made a year since my return to London in 1877 & you know how well I have been the whole of that time.' Indeed, in 1878-79, Rossetti lived what might appear to be a more tranquil version of his first years at Cheyne Walk. The long breach with Ford Madox Brown finally ended, and he began to see his brother regularly again; and he managed to complete a number of commissions, and other paintings. However, as the correspondence collected here show, his depression was seldom far away; he was often unable to work. His repeated letters to Watts-Dunton and Shields, asking them to come over, reveal his need for companionship, preferably in his own home, that was a constant of his character. There are also a number of letters to Jane Morris.

Forfattere
Bibliotekernes beskrivelse The latest volume of Rossetti's correspondence, scrupulously edited by a team of experts.