The Correspondence of Charles Darwin: Volume 30, 1882 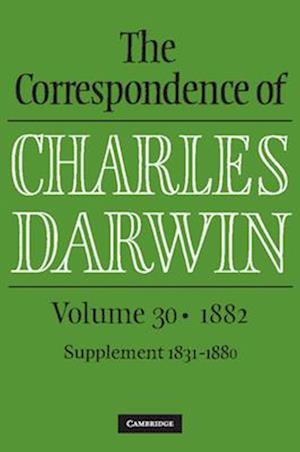 This volume is part of the definitive edition of letters written by and to Charles Darwin, the most celebrated naturalist of the nineteenth century. Notes and appendixes put these fascinating and wide-ranging letters in context, making the letters accessible to both scholars and general readers. Darwin depended on correspondence to collect data from all over the world, and to discuss his emerging ideas with scientific colleagues, many of whom he never met in person. The letters are published chronologically. Darwin died in April 1882, but was active in science almost up until the end, raising new research questions and responding to letters about his last book, on earthworms. The volume also contains a supplement of nearly 400 letters written between 1831 and 1880, many of which have never been published before.

Forfatter
Bibliotekernes beskrivelse This volume of the definitive edition of Charles Darwin's letters provides texts of more than 200 letters Darwin wrote and received in 1882, the year of his death, and a supplement of nearly 400 letters from earlier years, most of which have never been previously published. Worked examples or Exercises