The Correspondence of Alexander Goss, Bishop of Liverpool 1856-1872 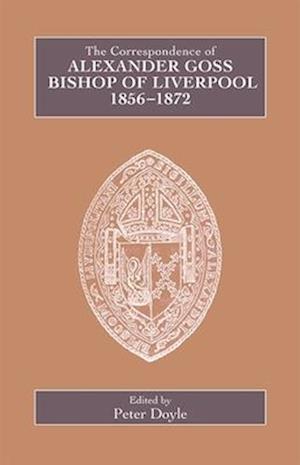 These letters, covering the years between 1850 and 1872, illustrate the complex issues facing the newly-established Catholic hierarchy in England and Wales. Bishop Alexander Goss was closely involved in the struggles to assert diocesan independence from Westminster and undue interference by Rome and was a determined upholder of his episcopal rights, "strong and resolute almost to vehemence - the crozier, hook and point" as Cardinal Manning claimed. At the same time, as leader of the diocese with the largest number of Catholics in England and Wales, he faced the problems of serving the needs of a rapidly expanding population and of integrating a huge numbers of Irish migrants, without damaging the flourishing recusant traditions that had made Lancashire so important in the survival and growth of English Roman Catholicism. Whether he was writing on ecclesiastical politics, or his reasons for opposing the definition of infallibility, or the spiritual needs of his people, he wrote "without restraint or reticence" and his letters show us both his energy and administrative ability, and something of his complex personality. They are presented here with introduction and elucidatory notes. Peter Doyle, a retired history lecturer, has written extensively on the history of the Catholic Church in England after 1850. His published work includes a history of Westminster Cathedral, a ground-breaking history of the Catholic diocese of Liverpool from 1850-2000, and three volumes in the new Butler's Lives of the Saints, as well as a range of contributions to academic journals.