The Conversos and Moriscos in Late Medieval Spain and Beyond

indgår i serie STUDIES IN MEDIEVAL AND REFORMATION TRADITIONS 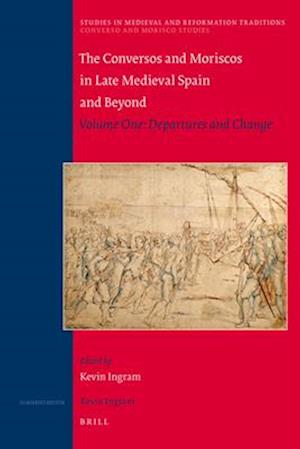 Converso and Morisco are the terms applied to those Jews and Muslims who converted to Christianity in large numbers and usually under duress in late medieval Spain. The Converso and Morisco Studies publications will examine the implications of these mass conversions for the converts themselves, for their heirs (also referred to as Conversos and Moriscos) and for medieval and modern Spanish culture. As the essays in this first volume attest, the study of the Converso and Morisco phenomena is not only important for those scholars focused on Spanish society and culture, but for academics everywhere interested in the issues of identity, Otherness, nationalism, religious intolerance and the challenges of modernity. Contributors are Michel Boeglin, William Childers, Barbara Fuchs, Mercedes Garcia-Arenal, Juan Gil, Luis M. Giron-Negron, Kevin Ingram, Francisco Marquez Villanueva, Mark D. Meyerson, Vincent Parello, Francisco Pena Fernandez, Fernando Rodriguez Mediano, Elaine Wertheimer, Nadia Zeldes, and Leonor Zozaya Montes.