The Constitutional Theory of the Federation and the European Union 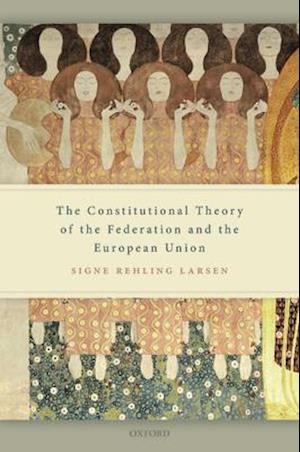 From the start of the European integration process, one question has puzzled scholars: what type of political association is the European Union? In absence of an agreed upon response, most scholars have suggested that the European Union is 'sui generis'. This book challenges the sui generis thesis by demonstrating that the EU is not a unique form of association, but rather a federal union of states, or what this book calls a federation.This is a discrete form of political association on par with, though differentiated from, political modernity's two other main forms, namely the state and the empire.The federation cannot be understood on the basis of the general theory of the state or its concept of sovereignty. The 'statist' imaginary still dominates both the debates on federalism and the EU, meaning that all federal policies are either seen as 'confederal' associations of sovereign states or sovereign federal states. This book challenges this binary by demonstrating that the federation is not a 'super state' but a discrete political form with its own constitutional theory. It ischaracterized by a double political existence, a lack of internal hierarchy, and the internal absence, contestation, or repression of sovereignty. This book details the key aspects of federal constitutional theory and how this theory accounts for the EU's constitutional form as well as the crises it hasfaced in recent years.This book is broken into five chapters that cover the introduction to federalism, origins of the EU, state transformation and teleology, unity in diversity, and emergency rule without a sovereign. This book draws on a variety of literatures and historical material to help the reader develop a critical understanding of 'constitutional myths' and the theory of federalism.

Forfattere
Bibliotekernes beskrivelse This book departs from the 'statist' imagination by suggesting the EU is a federal union of states, or a federation. Dedicated to the constitutional theory of federalism, this book gives the strengths and weaknesses of a federation as a political form, its histories, and current perils for the EU.