The Constitutional History of England, in its Origin and Development

- Stubbs, W: Constitutional History of England, in Its Origin (Volume 1) 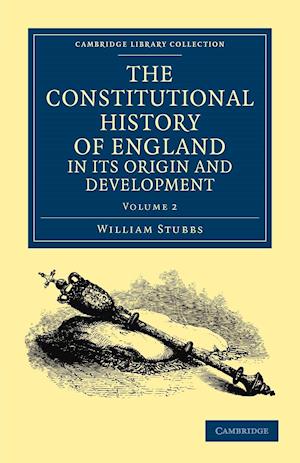 William Stubbs (1825-1901), one of the leading historians of his generation, pursued his academic research alongside his work as a clergyman. He was elected Regius Professor of Modern History at Oxford in 1866 and appointed a bishop in 1884. Stubbs was a foundational figure in medieval English history, with a special interest in the twelfth and thirteenth centuries. The three-volume study reissued here, originally published between 1874 and 1878, was one of his most influential works. Nine editions appeared during his lifetime and it was prescribed reading for generations of students. It traces the evolution of English political institutions from the early Anglo-Saxon invasions of Britain to 1485, relying mainly on primary sources. Volume 2, published in 1875, focuses on the period from Edward I to Richard II, tracing the development of Parliament and the rise of the Commons, and examining the issue of the royal prerogative.

Forfattere
Bibliotekernes beskrivelse William Stubbs (1825-1901) became Regius Professor of Modern History at Oxford in 1866. His research on medieval England, based on primary sources, was foundational in its field. Volume 2 of this influential three-volume study (published 1874-8) focuses on the development of Parliament and the royal prerogative. Worked examples or Exercises