The Constitution of China

indgår i serie Constitutional Systems of the World 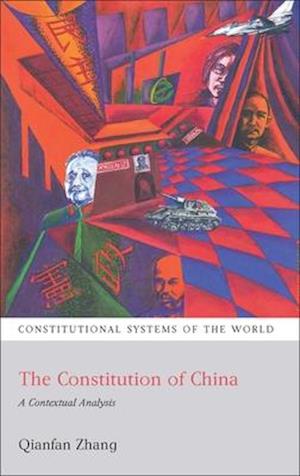 This book on China's constitution and its tradition of constitutionalism is one of the first in the English language, and as such provides a much needed overview of China's constitutional history and present arrangements. The nine chapters are divided into three parts. The first part (Chapters 1 & 2) deals with China's constitutional history, its indigenous and Confucian antecedents, as well as the turbulent century which led up to the 1982 Constitution and the new order which this ushered in. The second chapter deals with the distinctive features of its current constitution. The second part (Chapters 3-6) introduces the institutional structure defined in the current constitution - the relationship between the Centre and the Regions, the role of the party and the role of the People's Congress, the meaning of the socialist rule of law, and the independence of the judiciary. The third part (Chapters 7-9) discusses the major developments in human rights and their deficiencies - the protection offered to life, liberty, property and equality, and at the same time the currently dormant areas of political and religious freedom. The book concludes with a chapter looking forward to the future of the People's Congress and Chinese constitutionalism. In sum, the book offers a readable account of the salient features of Chinese constitutional developments in all major areas.