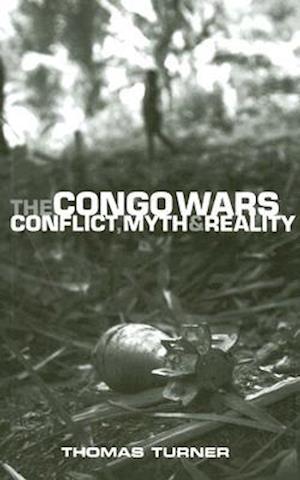 Since 1996 war has raged in the Congo while the world has looked away. Waves of armed conflict and atrocities against civilians have resulted in over three million casualties, making this one of the bloodiest yet least understood conflicts of recent times.In The Congo Wars Thomas Turner provides the first in-depth analysis of what happened. The book describes a resource-rich region, suffering from years of deprivation and still profoundly affected by the shockwaves of the Rwandan genocide. Turner looks at successive misguided and self-interested interventions by other African powers, including Uganda, Angola, Zimbabwe and Namibia, as well as the impotence of United Nations troops. Cutting through the historical myths so often used to understand the devastation, Turner indicates the changes required of Congolese leaders, neighbouring African states and the international community to bring about lasting peace and security.

Forfattere
Bibliotekernes beskrivelse With the aftermath of the Rwandan genocide exercising its shockwaves, and United Nations troops in position, but apparently powerless to secure the lives of ordinary citizens, this book sheds light on the interventions of other African powers in the region and cuts through the historical myths that people in the region and beyond resort to.