The Confessions of Arsene Lupin 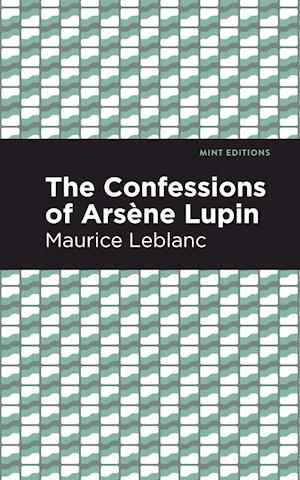 The Confessions of Arsene Lupin (1913) is a collection of short stories by Maurice Leblanc. Blending crime fiction, fantasy, and mystery, Leblanc crafts original and entertaining tales of adventure starring one of the greatest literary characters of all time-Arsene Lupin, gentleman thief. Partly based on the life of French anarchist Marius Jacob, Lupin first appeared in print in 1905 as an answer to Sir Arthur Conan Doyle's Sherlock Holmes.Arsene Lupin is the world's greatest thief, an unmatched force for good whose exploits threaten the wealth and standing of France's most wicked men. In this installment of Leblanc's beloved series, Lupin uses his remarkable wit and chameleon-like ability to move undetected through aristocratic society in order to steal, trick, and cheat his way through life. Despite his criminal nature, he operates under a strict moral code, only taking from those who have taken from the poor all their lives. When Baron Repstein, a powerful businessman, has his fortune stolen by a faithless wife, Arsene Lupin casts doubt on his tale of betrayal. Securing a deathbed confession via code from the Baron's closest associate, Lupin makes his way to Repstein's home, where he introduces himself and proceeds to reveal the shocking truth. Other stories in the collection include "The wedding-ring," "The red silk scarf," and "A Tragedy in the Forest of Morgues." The Confessions of Arsene Lupin contains tales of romance, mystery, and crime that continue to astound over a century after they were published.With a beautifully designed cover and professionally typeset manuscript, this edition of Maurice Leblanc's The Confessions of Arsene Lupin is a classic of French literature reimagined for modern readers.