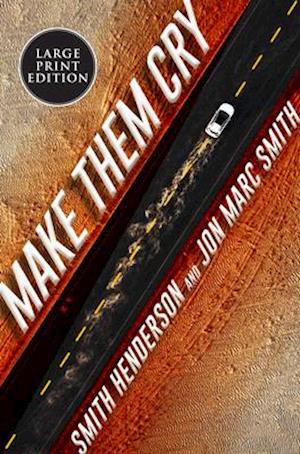 For fans of The Border and Jason Bourne, The Concern is an explosive action thriller about a DEA agent sucked into a dangerous turf war on the US-Mexico border.

It's hard to make Diane Harbaugh flinch. A former prosecutor notorious for her aggressive tactics, she's now a DEA agent who interrogates witnesses so effectively, she has them confessing in tears. But when she hears from Gustavo, a high-ranking cartel member with an invaluable secret about the international black market, she's thrown for a loop. She heads to Mexico to meet him, and her entire understanding of justice and duty is thrown into question.

Gustavo sends her down a rabbit hole that leads to a criminal conspiracy more pervasive than anything she and the DEA ever suspected. She teams up with Ian Carver, a disillusioned CIA agent, and begins to unravel layers of deceptions, grifts, and schemes that date back to the beginnings of the Afghanistan War. As they learn more, they become the target of cartel assassins, embittered spies, and even their own government. They are at the center of an international manhunt with world-changing consequences--and the only way out is for Diane to do the one thing she promised herself she'd never do. Stylishly written and relentlessly plotted, The Concern is an action-packed thriller of unimaginable stakes.