The Conceptual Foundations of Quantum Mechanics 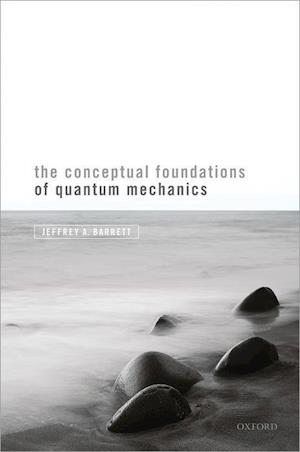 In this book Jeffrey A. Barrett provides an introduction to the history and conceptual foundations of quantum mechanics. He begins with a description of classical mechanics and a discussion of the quantum phenomena that radically undermine our common-sense classical intuitions about how the physical world works. He then considers the physical and conceptual arguments that led to the standard von Neumann-Dirac formulation of quantum mechanics and how the standardtheory explains quantum phenomena. This includes a discussion of how the theory's two dynamical laws work with the standard interpretation of states to explain determinate measurement records, quantum statistics, interference effects, entanglement, decoherence, and quantum nonlocality.A careful understanding of how the standard theory works ultimately leads to the quantum measurement problem. Barrett considers how this problem threatens the logical consistency of the standard theory and then turns to a discussion of the main proposals for resolving it. This includes collapse formulations of quantum mechanics, the various many-worlds theories, and Bohmian mechanics. In discussing alternative formulations he pays particular attention to the explanatory role played by eachtheory's empirical ontology and associated metaphysical commitments, and the conceptual trade-offs between theoretical options. The book is well-suited to those interested in physics and the history and philosophy of quantum mechanics.

Forfattere
Bibliotekernes beskrivelse This book provides an introduction to the conceptual foundations of quantum mechanics, from classical mechanics and a discussion of the quantum phenomena that undermine our classical intuitions about how the physical world works, to the quantum measurement problem and alternatives to the standard von Neumann-Dirac formulation.