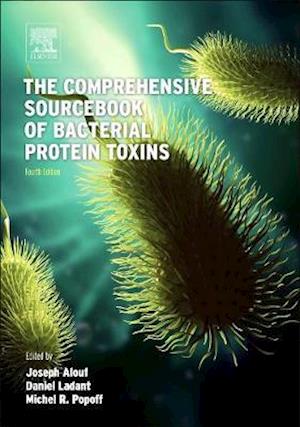 The Comprehensive Sourcebook of Bacterial Protein Toxins 4th Edition, contains chapters written by internationally known and well-respected specialists. This book contains chapters devoted to individual toxins, as well as chapters that consider the different applications of these toxins. Considerable progress has been made in understanding the structure, function, interaction and trafficking into cells, as well as mechanism of action of toxins. Bacterial toxins are involved in the pathogenesis of many bacteria, some of which are responsible for severe diseases in human and animals, but can also be used as tools in cell biology to dissect cellular processes or used as therapeutic agents. Novel recombinant toxins are already proposed in the treatment of some diseases, as well as new vaccines. Alternatively, certain toxins are also considered as biological weapons or bioterrorism threats. Given the multifaceted aspects of toxin research and the multidisciplinary approaches adopted, toxins are of great interest in many scientific areas from microbiology, virology, cell biology to biochemistry and protein structure. This new edition is written with a multidisciplinary audience in mind and contains 5 new chapters that reflect the latest research in this area. Other chapters have been combined, deleted and fully revised as necessary to deliver relevant and valuable content.