indgår i serie The Complete Letters of Henry James 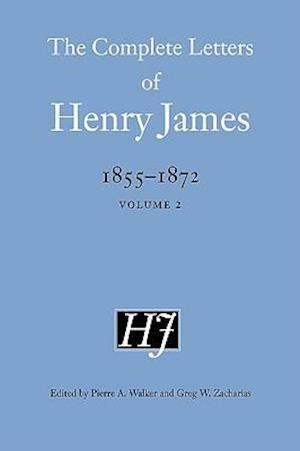 The Complete Letters of Henry James fills a crucial gap in modern literary studies by presenting in a scholarly edition the complete letters of one of the great novelists and letter writers of the English language. Comprising more than ten thousand letters reflecting on a remarkably wide range of topics--from James's own life and literary projects to broader questions on art, literature, and criticism--this edition is an indispensable resource for students of James and of American and English literature, culture, and criticism. It will also be essential for research libraries throughout North America and Europe and for scholars who specialize in James, the European novel, and modern literature. Pierre A. Walker and Greg W. Zacharias have conceived this edition according to the exacting standards of the Committee on Scholarly Editions. The first in the series, this two-volume work includes the letters from 1854 to 1869 in volume one and the letters from 1869 to 1872 in volume two.