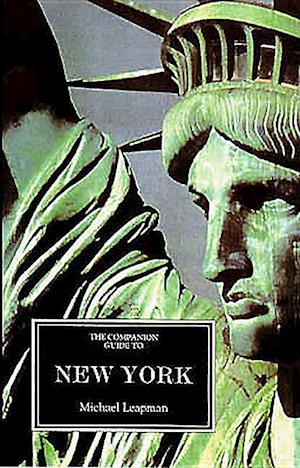 Written with unfailing common sense, as well as insight and affection... the perfect guide to this tremendous city OBSERVER A true traveller's companion and friend SUNDAY TELEGRAPH For more than thirty years Michael Leapman has been intimately involved with New York as a journalist, resident or frequent visitor. Here he takes readers with him on a series of walks through the heart of Manhattan and beyond, explaining how it came to be the world's most fabulous city, as well as revealing its present-day secrets. When the original edition of this incomparable guide was published in 1983, it won the Thomas Cook award as the guide book of the year. After he revised it in 1991 it was chosen by New York Magazine as the best of nearly a hundred books about the city. Now he has been back to retrace his steps. Thoroughly updated, this book is packed with inspiration, revelation, and sound practical advice. MICHAEL LEAPMAN lived in New York for seven years, as correspondent for The Times, reporting perceptively on the city's delights and foibles. He continues to visit New York regularly and to write about it for magazines and other newspapers. This is a reissue of a book first published in 1983 and last revised in 2000. It therefore includes references to and descriptions of the World Trade Center. These have been left in for historical interest.