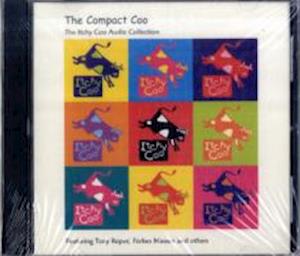 A much asked-for resource for the classroom, this CD contains extracts from the whole Itchy Coo series - material from currently available titles as well as those to be published later in 2003. The Itchy Coo books have quickly established themselves as essential classroom reading. Now pupils can hear the works read by professional actors to: - add a new dimension to their appreciation of the texts - encourage them to read aloud - help them to recognise Scots words on the page - often one of the biggest barriers to the creative use of Scots in the classroom. Texts for specific use at lower primary level include: - the phrases from Animal ABC - extracts from Kat an Doug on Planet Fankle - poems and stories from Eck the Bee and Sweetieraptors and at upper primary and secondary levels: - 'Phaethon's Hurl in the Sky', 'Orpheus an Eurydice', 'Heracles' and 'King Mehdas' from The Hoose o Haivers - plays from Tam o Shanter's Big Night Oot - rhymes from King o the Midden - stories from Gaberlunzie Joe's Pure Ghosters.