- Afro-American Currents in the Age of the Haitian Revolution 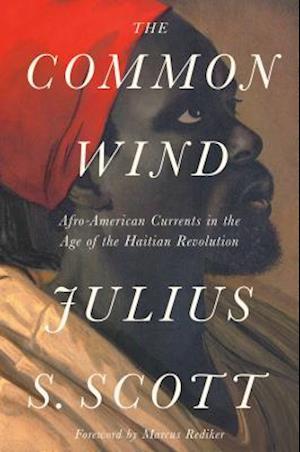 A remarkable intellectual history of the slave revolts that made the modern revolutionary eraThe Common Wind is a gripping and colorful account of the intercontinental networks that tied together the free and enslaved masses of the New World. Having delved deep into the gray obscurity of official eighteenth-century records in Spanish, English, and French, Julius S. Scott has written a powerful "history from below." Scott follows the spread of "rumors of emancipation" and the people behind them, bringing to life the protagonists in the slave revolution.

By tracking the colliding worlds of buccaneers, military deserters, and maroon communards from Venezuela to Virginia, Scott records the transmission of contagious mutinies and insurrections in unparalleled detail, providing readers with an intellectual history of the enslaved.

Though The Common Wind is credited with having "opened up the Black Atlantic with a rigor and a commitment to the power of written words," the manuscript remained unpublished for thirty-two years. Now, after receiving wide acclaim from leading historians of slavery and the New World, it has been published by Verso for the first time, with a foreword by the academic and author Marcus Rediker.