- Infantry Tactics and Cohesion in the Twentieth and Twenty-First Centuries 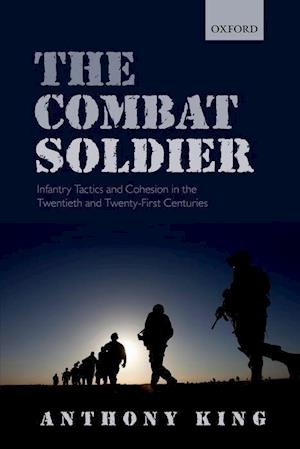 Constructing Quantum Mechanics is the first of two volumes on the genesis of quantum mechanics. This volume traces the early contributions by Planck, Einstein, and Bohr, all showing the need for drastic changes to the physics of their day. It examines the efforts by Sommerfeld and others to develop a new theory, now known as the old quantum theory. After some striking successes, this theory ran into serious difficulties and ended up serving as the scaffoldon which the arch of modern quantum mechanics was built. This volume breaks new ground, both in its treatment of the work of Sommerfeld and his associates, and by offering new perspectives on classic papers by Planck, Einstein, Bohr, and others. Paying close attention to both primary and secondary sources, Constructing Quantum Mechanics provides an in-depth analysis of the heroic struggle to come to terms with the wealth of mostly spectroscopic data that eventually gave us modern quantum mechanics.How do small groups of combat soldiers perform on the battlefield and maintain their cohesion under fire? Why are they willing to fight for each other? These questions have long intrigued social scientists, military historians, and philosophers. Based on extensive research and drawing on graphic analysis of close quarter combat from the Somme to Sangin, this book puts forward a novel and challenging answer to this question. Against the common presumption of thevirtues of the citizen soldier, the author claims that, in fact, the infantry platoon of the mass twentieth century army typically performed poorly and demonstrated low levels of cohesion in combat. With inadequate time and resources to train their troops for the industrial battlefield, citizen armiestypically relied on appeals to masculinity, nationalism, and ethnicity to unite their troops and to encourage them to fight. By contrast, cohesion among today's professional soldiers is generated and sustained quite differently. While concepts of masculinity and patriotism are not wholly irrelevant, the combat performance of professional soldiers is based primarily on drills which are inculcated through intense training regimes. Consequently, the infantry platoon has become a highly skilledteam capable of collective virtuosity in combat. The increasing importance of training, competence, and drills to the professional infantry soldier has not only changed the character of cohesion in the twenty-first century platoon, but it has also allowed for a wider social membership of this group.Soldiers are no longer included or excluded into the platoon on the basis of their skin colour, ethnicity, social background, sexuality, or even sex (women are increasingly being included in the infantry) but their professional competence alone: can they do the job? In this way, the book traces a profound transformation in the western way of warfare to shed light on wider processes of change not only in the armed forces but in civilian society as well.This book is a project of the Oxford Programme on the Changing Character of War.

Forfattere
Bibliotekernes beskrivelse This is the first of two volumes on the genesis of quantum mechanics, based on the latest scholarship in the field. This first volume covers the key developments in the field in the period between 1900-1923, which provided the scaffold on which modern quantum mechanics was built on.The Combat Soldier is a work of historical, comparative sociology examining the evolution of infantry tactics in the American, Australian, Canadian, British, French, German, and Italian armies from World War I to the Contains over 40 photographs