The Color of Air 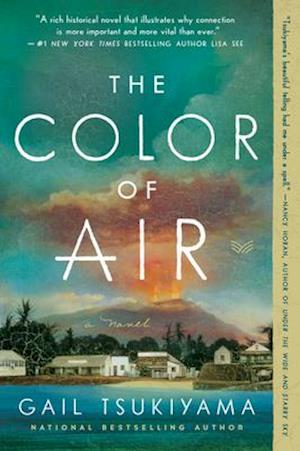 PARADE's Best Books to Read this Summer"A rich historical novel that illustrates why connection is more important and more vital than ever." -New York Times bestselling author Lisa SeeDaniel Abe, a young doctor in Chicago, is finally coming back to Hawai'i. He has his own reason for returning to his childhood home, but it is not to revisit the past, unlike his Uncle Koji. Koji lives with the memories of Daniel's mother, Mariko, the love of his life, and the scars of a life hard-lived. He can't wait to see Daniel, who he's always thought of as a son, but he knows the time has come to tell him the truth about his mother, and his father. But Daniel's arrival coincides with the awakening of the Mauna Loa volcano, and its dangerous path toward their village stirs both new and long ago passions in their community.Alternating between past and present-from the day of the volcano eruption in 1935 to decades prior-The Color of Air interweaves the stories of Daniel, Koji, and Mariko to create a rich, vibrant, bittersweet chorus that celebrates their lifelong bond to one other and to their immigrant community. As Mauna Loa threatens their lives and livelihoods, it also unearths long held secrets simmering below the surface that meld past and present, revealing a path forward for them all.