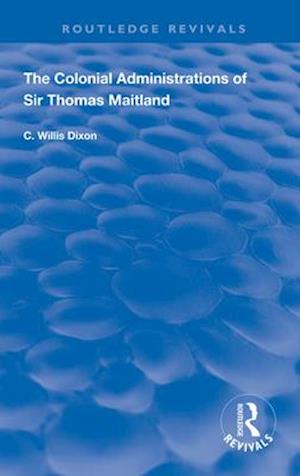 First published in 1939, this volume describes many of the more colourful episodes in the career of Sir Thomas Maitland, while, in its account of his role as governor, it makes a valuable contribution to the study of early colonial history. Maitland was one of the most important figures in the formative period of the colonial administrative service during and immediately after the Napoleonic Wars. After a distinguished military career, he had two long periods of office in Ceylon, from 1805 to 1811, and from 1813 until his death in 1824 he acted as Governor of Malta and then of the Ionian Islands, where he made a lasting reputation for his vigour and honesty, as well as for his autocratic methods of administration which brought him to be popularly regarded as a tyrant.