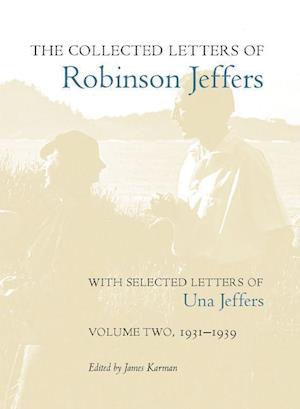 The 1930s marked a turning point for the world. Scientific and technological revolutions, economic and social upheavals, and the outbreak of war changed the course of history. The 1930s also marked a turning point for Robinson Jeffers, both in his career as a poet and in his private life. The letters collected in this second volume of annotated correspondence document Jeffers' rising fame as a poet, his controversial response to the turmoil of his time, his struggles as a writer, the growth and maturation of his twin sons, and the network of friends and acquaintances that surrounded him. The letters also provide an intimate portrait of Jeffers' relationship to his wife Una-including a full account of the 1938 crisis at Mabel Dodge Luhan's home in Taos, New Mexico that nearly destroyed their marriage.

Forfattere
Bibliotekernes beskrivelse This is the second volume of a comprehensive, fully annotated, edition of Robinson and Una Jeffers' correspondence.