The Collected Essays and Criticism

indgår i serie The Collected Essays and Criticism , Vol 3 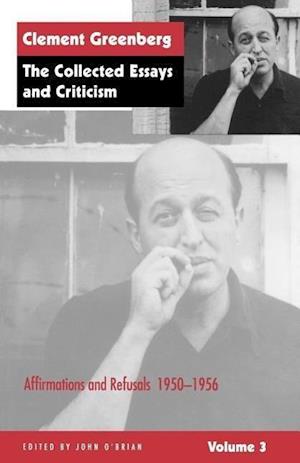 Clement Greenberg is widely recognized as the most influential and articulate champion of modernism during its American ascendency after World War II, the period largely covered by these highly acclaimed volumes of _The Collected Essays and Criticism_. _Volume 3: Affirmations and Refusals_ presents Greenberg's writings from the period between 1950 and 1956, while _Volume 4: Modernism with a Vengeance_ gathers essays and criticism of the years 1957 to 1969. The 120 works range from little-known pieces originally appearing _Vogue_ and _Harper's Bazaar_ to such celebrated essays as "The Plight of Our Culture" (1953), "Modernist Painting" (1960), and "Post Painterly Abstraction" (1964). Preserved in their original form, these writings allow readers to witness the development and direction of Greenberg's criticism, from his advocacy of abstract expressionism to his enthusiasm for color-field painting.With the inclusion of critical exchanges between Greenberg and F. R. Leavis, Fairfield Porter, Thomas B. Hess, Herbert Read, Max Kozloff, and Robert Goldwater, these volumes are essential sources in the ongoing debate over modern art.