The Coherence of "Gnosticism" 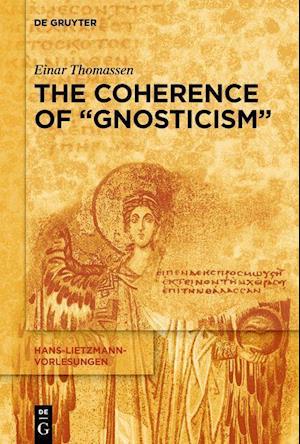 "Gnosticism" has become a problematic category in the study of early Christianity. It obscures diversity, invites essentialist generalisations, and is a legacy of ancient heresiology. However, simply to conclude with "diversity" is unsatisfying, and new efforts to discern coherence and to synthesise need to be made.

The present work seeks to make a fresh start by concentrating on Irenaeus' report on a specific group called the "Gnostics" and on his claim that Valentinus and his followers were inspired by their ideas. Following this lead, an attempt is made to trace the continuity of ideas from this group to Valentinianism.

The study concludes that there is more continuity than has previously been recognised. Irenaeus' "Gnostics" emerge as the predecessors not only of Valentinianism, but also of Sethianism. They represent an early, philosophically inspired form of Christ religion that arose independently of the New Testament canon. Christology is essential and provides the basis for the myth of Sophia. The book is relevant for all students of Christian origins and the early history of the Church.