The Clue in the Patchwork Quilt 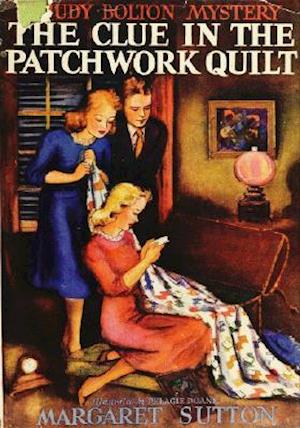 Judy Bolton is thrust into an intriguing mystery when a stranger rushes up to her and gives her a purse that is not hers. Unable to catch up with the stranger to return it, Judy searches the purse and finds a note written by someone named Blackie. The note has a picture of a gun and requests that the bearer meet Blackie after a certain lecture. After Peter contacts the FBI, an agent meets with Judy and Peter and confirms that Blackie is a wanted criminal. Judy and Peter feel that the criminal has mistaken Judy for someone else, but the agent contends that with Judy's red hair it isn't likely that someone else looks just like her. But amazingly, Judy does have a double. Judy faces danger and intrigue as she helps the FBI capture Blackie and receives a pleasant surprise when she comes face to face with a cousin she never knew she had, a young woman by the name of Roxy.