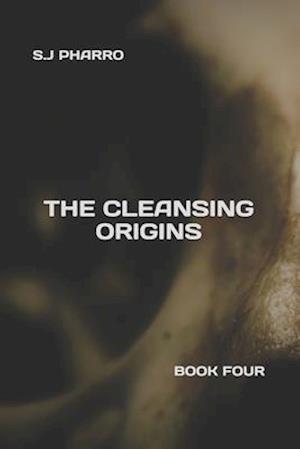 The fourth book in a twisted mental health driven apocalyptic journey set mostly in the United Kingdom.Follow Michael, the leader of the plague that swept the world into oblivion over a five year period as you see every crack that was left open by the trilogy, as you feel him and travel with him through every hardship and every learning curve that made him into the insane genocidal apocalypse bringing madman he is today, or is he?Live through one thousand years of history with the man behind the red piercing eyes that cut through the world in the original trilogy, this is no time travel, this is no magic or trickery that made him get through it all. Nothing but advanced and realistic science, see him go through everything that has scarred the world, watch his claws drag at all the events that twisted the world up into the high position it fell from in the trilogy. Whether it be Templar's or whether it be three civil wars, whether it be naval battles with wood or battles in the trenches from wars that said they would end it all, when in reality they were all the nudges in the worlds wrong direction. Watch the man who was at the head of the original cleanse fight and lie his way through history, wars and deceit alike he has done it all and see how all of this brought on the end of all things as we know them to day in the trilogy.The pure scale of this book cements the Cleansing universe into something that has never been put together before, none would be crazy enough to try and reading this and the trilogy your eyes will be blown wide open by just how easy it all would be to the right person, at the right time, at each time throughout history.Chapter one starts just after the battle of Hastings, when the world was turning to the sword more than ever before, Chapter twenty five ends at the end of the Cleansing Last Stand, in between you have everything that shaped the planet into the harsh war torn rock that it became to allow the Cleansing to happen in the first place.Any of those who read the original trilogy will find that all questions intentionally raised in those books are answered within these pages, all the gaps between the lines are filled by a man that the world would have never suspected, a man whose same lips shout at kings long before they shout at the main character, Steve, from the original trilogy.Where will you be when the Cleanse is nothing more than a distant dream hundreds of years away, where will you be when the Cleanse starts, where will you be when it ends? Take my hand and jump into the abyss that I have created with me.