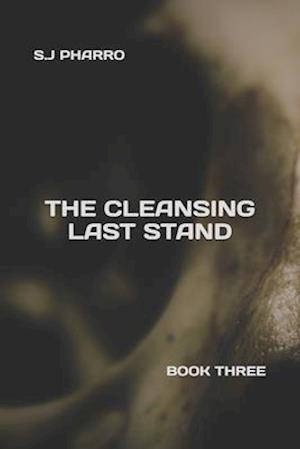 Last Stand is the final book in the original Cleansing trilogy, a trilogy which has been a mental health journey through an apocalyptic and dystopian Britain through the eyes of an RAF military police officer, although he left that behind early in the first book, early in the war, early when this hell began.In the original Cleansing we painted the picture together as the world fell apart and he was forced into fame that he never wanted, fame of being a man who could stand up to any, who could fall down get back up with a bloodied roar to continue the fight. The masks came, they conquered everything with their old tactics and outdated methods, the world was not ready for them because the world had moved on from their methods hundreds of years before.In the second book Aftermath we watched Steve gain a family, a friend, a loyal squad of survivors who all looked up to him although he never wanted that, he never wanted to be the hero, the pressures of the world and their needs pushing him back into the abyss that he though he had long left behind. We balanced carefully upon the knife and difficult things to talk about, self harm, destruction, pain, agony and despair. Steve constantly questioning his ability to even exist as a human being, being at the mercy of his puppet masters, struggling to break free from the chains of the apocalyptic dystopia around him, he lost everything all over again, although this time it took more of a dent when there are less things and less people to repair him.Then we reach this book. Last Stand. The battle you have all read up to and waited for happens early on, each side screaming at one another the only way they know how, the fighting practically meaningless because it always ends the same way. He is thrown to the lowest point he has ever been after the battle, there is no light, there is no freedom, there is no victory without major pain and ten defeats, that is until her, until she drags him out of the abyss, the question is though.Will she be able to stop herself falling back into it with him?The question though you are always asked is where will you be when the Cleansing ends?