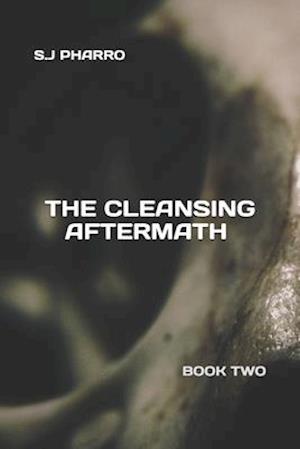 The second book in a mental health driven apocalyptic book universe.In the first book we followed Steve, a military police officer in the RAF as the world fell apart unlike anything tried before, we ran from his demons beside him and watched him reach that means to an end where there was no victory for the world but one rather for him.In the second book we start a year later. A year after Battersea. The enemy have fallen away after reaching the peak of their power, then everyone sort of just walked away afterwards wondering where on earth it all went so wrong without really having a purpose or victory for either side.The world is now a dystopia, a constant and painful reminder of what we lost. The masked men are still the enemy but they lurk in the shadows now, watching all of their work lay out upon the earth and her peoples, mother nature is fighting constantly to try and claim her planet back from the bodies that make her up. Cannibalism is rife, death is rife, groups of survivors all fighting one another for control, insanity is rife.All the whilst Steve is dealing with additions to his lifestyle, more people to protect, all whilst blaming himself and the demons in his past for the person and murderer he has become, welcome one and all back to the new world, question is is Steve going to lose everything he never deserved? Or will he defeat his mental illnesses and come out stronger for it? Or will the masked men have something to say about it before the end?Question is, where will you be when the Cleanse continues?