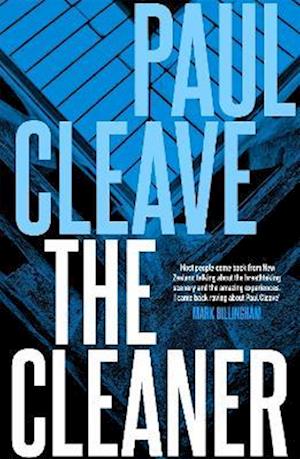 'Cleave uses words like lethal weapons' New York Times Book Review'Dark, bloody, and gripping ... classic noir fiction' John ConnollyAn international bestseller and one of the top-selling novels in New Zealand's history, Paul Cleave's dark thriller is a brilliant, bloody masterpiece.Joe is in control of everything in his simple life - both his day job as a janitor for the police department and his "night work." He isn't bothered by the daily news reports of the Christchurch Carver, who, they say, has murdered seven women. Joe knows, though, that the Carver killed only six. He knows that for a fact, and he's determined to find the copycat. He'll punish him for the one, then frame him for the other six. It's the perfect plan because he already knows he can outwit the police. All he needs now is to take care of all the women who keep getting in his way, including his odd, overprotective mother and Sally, the maintenance worker who sees him as a replacement for her dead brother. Then there's the mysterious Melissa, the only woman to have ever understood him, but whose fantasies of blackmail and torture don't have a place in Joe's investigation.

Forfattere
Bibliotekernes beskrivelse Originally published in 2006 in Cleave's native New Zealand, where it was a finalist for the prestigious Ned Kelly Award for Best Fiction, The Cleaner is a chilling and darkly funny thriller that will leave you clamoring for his next.