- (Jonathan Quinn: book 1): a brutal, unputdownable spy novel. You'll be on the edge of your seat... 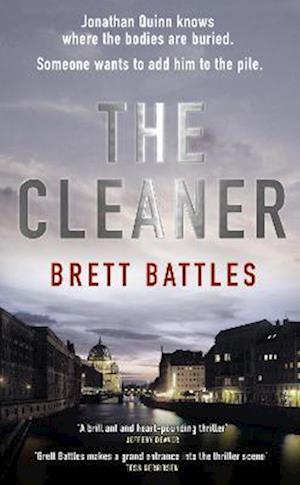 Brett Battles's debut novel has it all: exotic locations, ingenious plot twists and gritty action. If you're a fan of Jason Bourne, James Bond or Jack Reacher, what more could you want?'Brett Battles make a grand entrance into the thriller scene' - Tess Gerritsen'A brilliant and heart-pounding thriller' - Jeffrey Deaver'Catnip for thriller readers' - John Lescroart'The author is even better than they are telling you. None stop action delivered with outstanding pace and style' -- ***** Reader review'Very difficult to put down' -- ***** Reader review'Fast paced, believable, gripping. Can't wait to read the next one!' -- ***** Reader review'Buy this book and read it, you won't regret it' -- ***** Reader review*********************************************JONATHAN QUINN'S WORK COMES AFTER THE CRIME. BUT NOW THE CRIME'S COMING AFTER HIM. Quinn is a freelancer working for 'the Office', a shadowy criminal organisation. His job is to clean up crime scenes - dispose of bodies, wipe away prints - anything to help them get away with it.His latest job seems simple enough: investigate a suspicious case of arson. Until the moment a dead body turns up where it doesn't belong, and Quinn's Office handlers go strangely silent.The Office is under threat, and someone wants him dead.And if Quinn can't figure out what's going on from only a handful of clues, he'll never clean another crime scene.He'll be the crime scene.