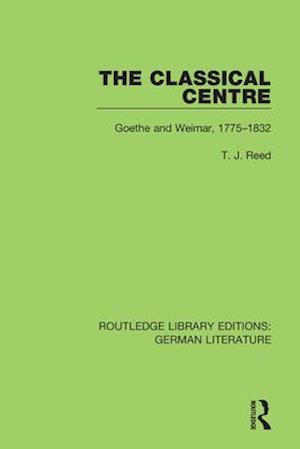 Originally published in 1980, this book examines the nature and significance of Classicism as a literary phenomenon and relates the beginnings of the German variety to the search for a national identity in the circumstances of a politically fragmented eighteenth century Germany. It surveys the pre-classical scene, traces the intellectual currents and the literary forms and material which Classicism was to synthesise, and presents its theoretical basis. The major works of Goethe and Schiller in the decade of their partnership are analysed. Their response to political events is placed in the contemporary context and the divergences which challenge Classicism are discussed.