The Civil War in American Culture 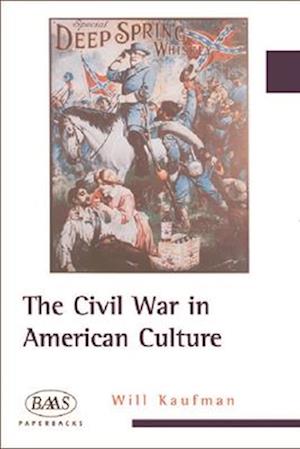 The Civil War is an event of great cultural significance, impacting upon American literature, film, music, electronic media, the marketplace and public performance. This book takes an innovative approach to this great event in American history, exploring its cultural origins and enduring cultural legacy. It focuses upon the place of the Civil War across the broad sweep of American cultural forms and practices and reveals important links between historical events and contemporary culture. The first chapter introduces a discussion of ante-bellum culture and the part cultural forces played in the sectional crisis that exploded into full-blown war in 1861. Subsequent chapters focus on particular themes, appropriations, interpretations and manifestations of the War as they have appeared in American culture. Particular topics include: *Confederate revivalism *the cultural uses of martyrdom *the centrality of race *the War's destabilisation of gender norms *the War's place in virtual and transnational culture The final chapter explores the Civil War's alternative histories and the cultural meanings of the word 'Appomattox'.The reader is presented with an accessible, concise discussion of the Civil War in its many cultural contexts. Key Features: * multidisciplinary study of the cultural legacy of the Civil War: in literature, film, music, computer games, the internet, role play, material culture, and civic demonstration * situates race at the heart of the discussion and challenges the culture of denial in which race and slavery are marginalised in Civil War remembrance * written in a lively narrative voice, deliberately jargon-free * offers innovative readings of well-known and unexplored cultural material