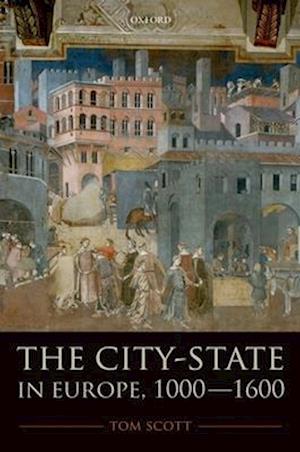 No detailed comparison of the city-state in medieval Europe has been undertaken over the last century. Research has concentrated on the role of city-states and their republican polities as harbingers of the modern state, or else on their artistic and cultural achievements, above all in Italy. Much less attention has been devoted to the cities' territorial expansion: why, how, and with what consequences cities in the urban belt, stretching from central and northernItaly over the Alps to Switzerland, Germany, and the low countries, succeeded (or failed) in constructing sovereign polities, with or without dependent territories. Tom Scott goes beyond the customary focus on the leading Italian city-states to include, for the first time, detailed coverage of the Swiss city-states and the imperial cities of Germany. He criticizes current typologies of the city-state in Europe advanced by political and social scientists to suggest that the city-state was not a spent force in early modern Europe, but rather survived by transformation and adaption. He puts forward instead a typology which embraces both time and space byarguing for a regional framework for analysis which does not treat city-states in isolation but within a wider geopolitical setting.

Forfattere
Bibliotekernes beskrivelse In this, the first comprehensive study of city-states in medieval Europe, Tom Scott analyzes reasons for cities' aquisitions of territory and how they were governed. He argues that city-states did not wither after 1500, but survived by transformation and adaption. 14 maps