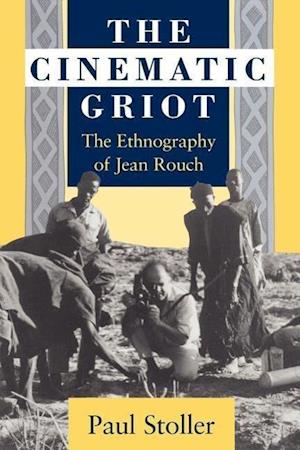 The most prolific ethnographic filmmaker in the world, a pioneer of cinema verite and one of the earliest ethnographers of African societies, Jean Rouch (1917-) remains a controversial and often misunderstood figure in histories of anthropology and film. By examining Rouch's neglected ethnographic writings, Paul Stoller seeks to clarify the filmmaker's true place in anthropology. A brief account of Rouch's background, revealing the ethnographic foundations and intellectual assumptions underlying his fieldwork among the Songhay of Niger in the 1940s and 1950s, sets the stage for his emergence as a cinematic griot, a peripatetic bard who recites the story of a people through provocative imagery. Against this backdrop, Stoller considers Rouch's writings on Songhay history, myth, magic and possession, migration, and social change. By analyzing in depth some of Rouch's most important films and assessing Rouch's ethnography in terms of his own expertise in Songhay culture, Stoller demonstrates the inner connection between these two modes of representation. Stoller, who has done more fieldwork among the Songhay than anyone other than Rouch himself, here gives the first full account of Rouch the griot, whose own story scintillates with important implications for anthropology, ethnography, African studies, and film.