The Cinema of Victor Erice 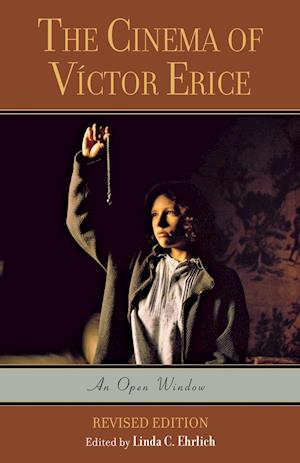 To coincide with the recent DVD release of The Spirit of the Beehive, this paperback collection of essays focuses on the work of acclaimed Spanish director, Victor Erice. Originally published in hardcover under the title An Open Window, this expanded edition draws on original essays, reprints, and new translations from an international group of writers. New to this edition are four essays from noted film scholars-including editor Linda C. Ehrlich-as well as three added essays from the filmmaker himself. Both the original and new material provide a deeper appreciation of Erice's three feature-length films-The Spirit of the Beehive [El espiritu de la colmena] (1973), El Sur (1982), and Dream of Light [aka The Quince Tree Sun, El sol del membrillo] (1992), as well as his shorter works, including his most recent accomplishment, La morte rouge (2006). This anthology examines the aesthetic, historical, and sociological forces at work in Erice's films and includes an extensive interview with the director. This broad array of writings provides insight into not only three unforgettable films, but also into twentieth-century Spanish society, as well as world cinema. The Cinema of Victor Erice: An Open Window will serve as an important resource to measure the career of this director who-along with Bunuel, Saura, and Almodovar-has helped show the world the creative range of Spanish cinema. With additional essays, translations, and illustrations, this paperback edition explores new avenues of expression pursued by one of the most poetic of modern filmmakers.