The Cinema of Cuba

- Contemporary Film and the Legacy of Revolution 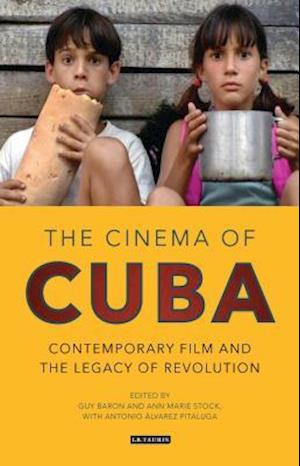 Contemporary Cuba is opening up to the rest of the world. Its colonial past and the Communist revolution have left a lasting imprint on society, yet there is a tangible sense of rapid change which is reflected in the island's national cinema. New screen technologies and digital distribution media have supported the efficacy and global reach of Cuban filmmakers whose work, somewhat in lieu of adequate distribution and traditional screening facilities in Cuba itself, is often disseminated via 'flash' (USB memory sticks).Channelling an energetic DIY attitude through grassroots movements and ad-hoc resourcefulness, the new filmmakers of Cuba have inspired the editors of this book to embrace their contagious enthusiasm through essays on authentic Cuban cinema. Whilst the book provides a comprehensive overview of the history behind current practices, it also moves beyond this to examine key case studies as well as 'snapshots' of individuals working within the industry today. Chapters celebrate the shared creativity as well as diversity of Cuban cinema, including both productions of the Cuban Film Institute's (ICAIC) as well as those from the industry margins.The films discussed demonstrate a driving cinematic force through social criticism, the emphasis of debate and historical change through film, reassessments of gender relations, the use of new technologies and much more.