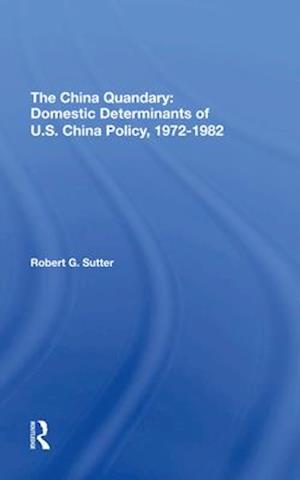 The American reconciliation with the People's Republic of China (PRC) begun by President Richard Nixon and developed by succeeding U.S. presidents has enjoyed wide support in the United States as one of the most important breakthroughs in U.S. foreign policy since the cold war. In broad terms, each American administration, from Richard Nixon's to Ronald Reagan's, has sought to use better relations with China as a means to position the United States favorably in the U.S.- Soviet-PRC triangular relationship; to stabilize Asian affairs, secure a balance of forces in the region favorable to the United States and its allies and friends, and foster a peaceful and prosperous future for Taiwan; to build beneficial economic, cultural, and other bilateral ties; and to work more closely with the PRC on issues of global importance such as world food supply, population control, and arms limitations. China has supported the opening of relations with the United States as a means to strengthen China's national security against the Soviet threat and to oppose the expansion of Soviet power in Asian and world affairs; to obtain U.S. and other Western economic commodities, investment, and technology; and to benefit from cultural, educational, and tourist exchanges.