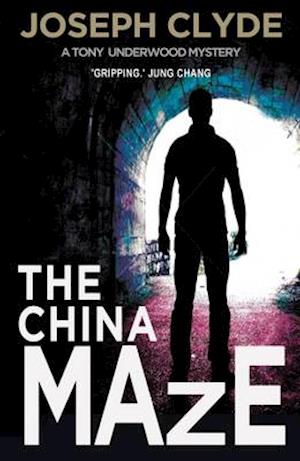 When MI5 receives a first-ever invitation to monitor turbulence in China's restive New Silk Road region, Tony Underwood is dispatched as part of a gesture of goodwill. He has no special knowledge of the part of China that touches the stans, or of China full stop; but MI5 is not about to be misled by Bejing's suppression of the area's Muslim Uighur majority as a religious insurgence. Alarm bells start ringing, however, while Tony's plane is still in the air. The Guoanbua - the Chinese secret service - capture a young British backpacker on suspicion of gun-running across the border. Press drums start beating and the fate of a British citizen expiring in a grim Chinese cell lies on Tony's less than experienced shoulders.MI5 isn't the only one with their eyes on the young Brit, however. American, Russian and Chinese agents seek to get whatever they can out of the backpacker, at whatever cost. Tony soon has to navigate a labyrinth of lies, history and twisting motives. As he walks a razor-sharp line between protecting a potential terrorist and condemning a British citizen, he finds that the rising flames of riots in China are driven by a plot with ever-growing consequences.

Forfattere
Bibliotekernes beskrivelse A British terrorist is being held by the Chinese - Tony Underwood is sent to investigate and soon is on to a plot with terrifying consequences.