- How the U.S. Can Benefit from China's Rise and Avoid Another Cold War 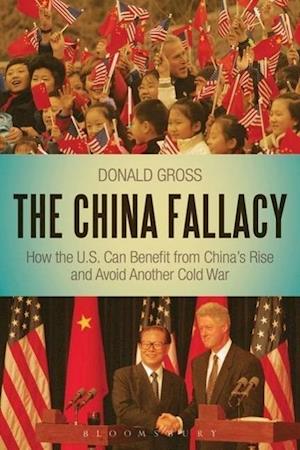 American critics who deeply fear a "China threat" have unduly influenced government policy. "China hawks" believe China intends to push the United States out of Asia and dominate the world. Protectionists argue that China threatens American jobs and prosperity. This authoritative work examines why and how the U.S. should stabilize and improve its relations with China. It first assesses the threat posed by China, addressing such issues as military capability, Taiwan, the trade deficit, human rights and democracy. It then discusses the rationale for rapprochement between the two countries in order to achieve a stable peace. It makes the case for a fundamental shift in U.S. policy and efforts by both countries to increase their cooperation. It analyzes the benefits to the United States of this policy shift along with the potential impact on Japan, Taiwan, and both Koreas. This significant work on U.S.-China relations will be an essential resource for the academic and policy community as well as of interest to the general reader on a topic of great public concern.

Forfattere
Bibliotekernes beskrivelse After assessing the shortcomings of U.S. policy, the book outlines measures that would lead to a stable peace and a new paradigm for U.S.-China relations.