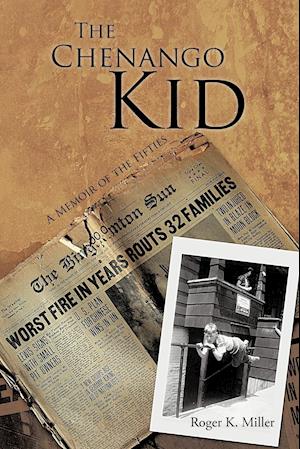 Two narratives intertwine in The Chenango Kid. One is the personal story of the author, Roger Miller, who grew up on Chenango Street, a main artery of the medium-sized industrial city of Binghamton, New York, in the 1950s. The second is the larger story of the 1950s. Each narrative enlarges upon the other. Many elements make up the personal: a devastating house fire; a single mother who liked to work and to frequent taverns; a father, mystified by life, less devoted to work than to benignly stalking his son; a half-sister long unknown; a drunken and/or crazy uncle or two; a boyhood paradise in the hills of Pennsylvania; and a passion for reading and art. All in all an unconventionally conventional working-class youth. The Chenango Kid also connects Chenango Street to the wider world of the Fifties, a vibrant, explosive decade in art, literature, music, movies, and television-making it The Decade That Never Ends. The popular culture of no other ten-year span in the century continues to exert its influence as strongly or to be revived as often as that of the 1950s.