The Chemistry of Mind-Altering Drugs 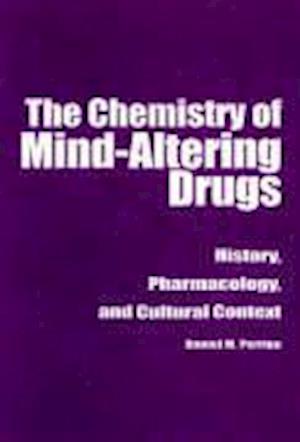 This fascinating book presents a scientificlly objective, and thoroughly documented exposition of the pharmacological and psychological effects of nearly every known substance that affects human consciousness, from alcohol to Zopiclone. It also features first-hand accounts and descriptions of the social, cultural, and religious milieus in which many psychotropic plants are used, and discusses historical allusions to many literary and scientific figures who used orwrote of mind-altering drugs, including Freud, Dickens, Yeats, and Huxley. Intended for a wide audience of general readers seeking unbiased information, the book gives an accessible explanation of drug-receptor interaction and organic chemical structures, as well as descriptions of the discovery,isolation, and syntheses of the chemical substances responsible for drug activity. Written by an experienced chemist, the book nevertheless keeps technical information to a minimum.

Forfattere
Bibliotekernes beskrivelse This text provides a documented exposition of the acute pharmacological and psychological effects of drugs from Alprazolam to Xanax, including Prozac STP, XTC, Valium, Super K, crack and U4EuH.