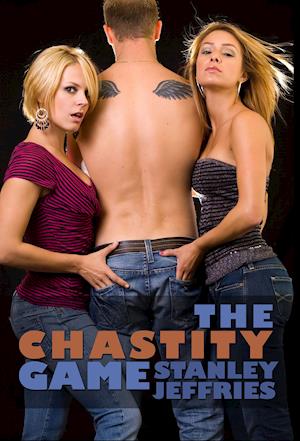 Gemma and Greg are the perfect married couple Gemma is petite and breathtakingly pretty, while Greg is tall, strong and handsome. Theyve been hopelessly, totally in love with each other since they were teenagers. Theres only one slight problem with their otherwise idyllic relationship, Gemma is gay. While she craves Gregs affection and love, she also needs sexual gratification with other women something that brings her both pleasure and guilt. She introduces Greg to chastity play in order to channel his sexual frustration, and since he loves her more than life, Greg plays The Chastity Game with great enthusiasm. He longs for the occasional sexual releases that Gemma grants him, but more than anything else he feels totally sure he would rather die than lose Gemmas love. Gemma enjoys cuckolding Greg with other women, but she follows a strict rule of never getting too involved with any of them. When she meets the beautiful and very assertive Tori a former police commando she has to give up the kind of control shes become used to. For her part, Tori finds her attraction to Gemma both disconcerting and irresistible, but she has no such doubts about her intense attraction to Greg. Tori embarks upon an affair with Gemma, but with her own agenda for a man she finds she loves to tease and dominate.