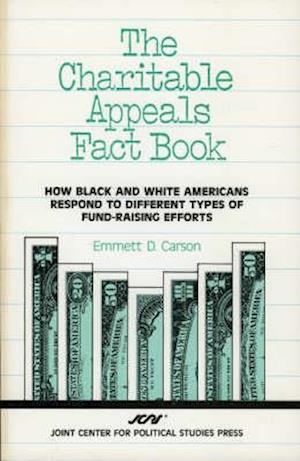 This book makes available for the first time comparable, detailed socioeconomic breakdowns of the monetary donations made by blacks as well as whites. Its 55 tables identify the average dollar amounts donated to various types of charitable organizations and the methods of fundraising to which donors considered themselves most responsive. Based on national polls commissioned by the Joint Center for Political Studies and on reviews of selected charitable organizations in eight cities, Dr. Carson's findings suggest that although the overall frequency of giving is identical for blacks and whites, blacks are much more responsive than whites to charitable appeals made or endorsed by members of the clergy, suggesting a venue many fundraisers may need to take more seriously if they are to reach black donors.